In 2010, a film maker/artist, Hiroshi Sunairi traveled to Xining, China, the edge of old Tibet region, called Amdo Province. Sunairi aimed to create a documentary on the town of Gyegu where the 2010 Yushu earthquake caused a massive disaster. As Sunairi arrived at Gyegu, he grew increasingly ill with altitude sickness, thus he decides to travel elsewhere.

Sunairi struggles with having made a choice to leave too soon, possibly as a mistake and delve into a soul-search of culture, landscape and the self in the Tibetan plateau. 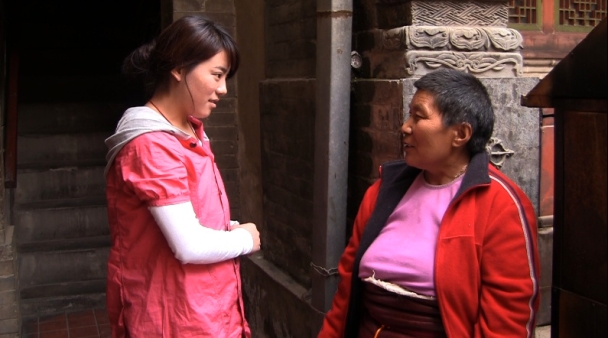 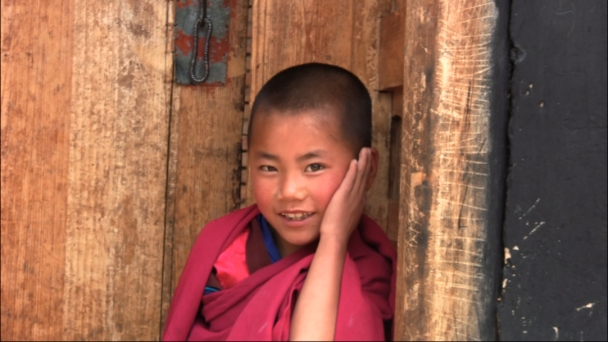 In Hiroshi Sunairi’s first feature length film Making Mistakes, we are invited into a hypnotic journey that is at once a travel diary, a record of a spiritual journey and an elegant critique of the empirical eye. In the summer of 2010, Sunairi traveled to Xining, China, at the edge of the old Tibet region, Amdo Province, to document the town of Gyêgu, where the 2010 Yushu earthquake caused a massive disaster. When Sunairi is unable to find a Tibetan translator willing to accompany him, because of the risk involved in taking a foreigner into the closed area, he decides to go alone. Scenes of the trembling landscape from a bus window are shown and the narration turns to nausea as the altitude increases. An examination of the intentions behind the artist’s desire to visit the closed region follows. When Sunairi’s altitude sickness is not assuaged, after arriving in Gyêgu, he travels down to the lower altitudes within the Amdo province. Having left, he develops a deeply troubled feeling of making a mistake in leaving Gyêgu.

What follows is a soul-searching film set in the Tibetan landscape, as well as a meeting of Tibet’s population of Muslims within the Tibetan Plateau. The journey we are invited to experience with the artist is as much emotional as it is physical (The film has a remarkable physical presence). We join Sunairi as he navigates the acute relationships between self and other, culture, language, landscape, and a self-conscious examination of ones own political being.  This experimental film is part documentary and part ethnographic study turned on its head.  Having failed at locating itself in any one of these contexts for a long duration, it demonstrates the artistic process of letting go of control and the resulting submergence that follows.
Though the film largely focuses on observations of the cultures of Tibet, the filmmaker challenges the impulse to impose preconceptions onto what he sees. His engagement with the people he meets, rarely reflects cultural stereotypes, and instead delves into the personal and everyday life of local residents. In the moments where the film uses more common ethnographic tropes, the set up is made visible. We see the artist offering Tibetan women money to sing a “traditional” song, a classic ethnographic request to perform culture, some refuse and tell him to go away, one accepts, and as she sings, checks her cell phone.
With the integration of the political, spiritual, and personal, Sunairi offers an alternative to traditional ethnographic studies. The resulting story reveals as much, if not more, about the inner process and desire of the creator. We become visitors to Sunairi’s navigation between his interior present, artistic process and exterior experience of people, landscapes, cities, towns and animals.

The film culminates in visiting Tsongon Bu (Qinghai lake), the largest salt lake at high altitude in China, as Sunairi contemplates what he can glean from this mistake. This contemplation leads to dissolution of self. He describes this experience “as if I was an hourglass through which birds, wind, light, smell, air, shadow, people, salt and children’s voices all came and went as they are.”  The nausea that is with the artist at the outset of the film is re-introduced, though here, mirroring the films collapsing of genres, we see a collapse of experience: the internal and the external, landscape, narration and otherness. He then, poses the question, “Was it chaos?” The result is an empirical transcendence that indeed resembles the brink of unfathomable ecstatic disorder.

It’s almost like a soliloquy, a confessional poetry with lots of wonderful allusions.

The film is about the narrator himself, a man, a voice (or you) who is struggling with his own identity, morality, amorality or a sense of non-belonging or discontent. Alongside, runs a parallel story of a discontent and disturbed country that crowns the forehead of Asia—- A nomad filming a culture that is slowly eroding.

Within the layers of landscapes of all the changes that is at rapid at the heart of mankind’s last resort for fascinations, the personified ego or the snowcapped mountain(s) finds an excuse to meet its ocean through the rivers of human encounters—- excuse, the earth quake!

It’s a spiritual or existential journey; mocked at first by the naked power of life itself, the oxygen, or may be the thin sword of subtle yet witty oxygen that cut-rejects the self-righteousness of him and crumbles him at the feet of accidents, chance and acceptance.

The video collages of an unfinished painting of compassion deity with disinterested donkeys with huge donkey-ears with stunt donkey looks and the oscillating sounds of monastic rituals followed by a history lesson of Lhalung Pal-dor was one of my favorite composition-completely unexpected! A haiku!

Stories of Mass protest on not wanting a leader or a shepherd and thereafter finding the ocean of oneness was beautiful too. At this particular point, the disturbed country and the discontent individual (the seeker) intersect and cross their paths beautifully.

And then when the snowcapped mountain cries out in her last lurid breath and questions you before the leap, “did you find yourself in meeting the ocean or did you lose yourself” to which I would like to add, “the answer is spread across the length of the contentment.”

It seems that you have found your home in a foreign land (the mirror) whereto you carried your snowcapped mountain and melted it before the scorching sun of Tibet.

I am particularly fascinated and intrigued by the girl holding the goat or should I say the scapegoat or guilt or ones innocence or the residue of the whole experience that is probably left behind with the memories of the snowcapped mountains—-the only time the filmmaker confronts the viewer to check on our own snowcapped mountains, luring us to be like those carefree sheep without any ideological shepherds.

The background scores are also very interesting and distinct, almost sliced up in chapters that almost ends where it began. Like the prayer wheels that roll on itself to transcend and churn its voice into meaning- meaning that is palpable and grow legs, teeth, tongue and hands.
The piano gives a sense of mountainous lanscape, string instruments give the frivolousness of river, the ritual monastic instruments and vocal with mixed strings gives the depth of an ocean.

I think I did not watch the film, i simply read it like you read a poem and may be that is reason I saw such things. May be it’s just my crazy head weaving crazy thoughts. 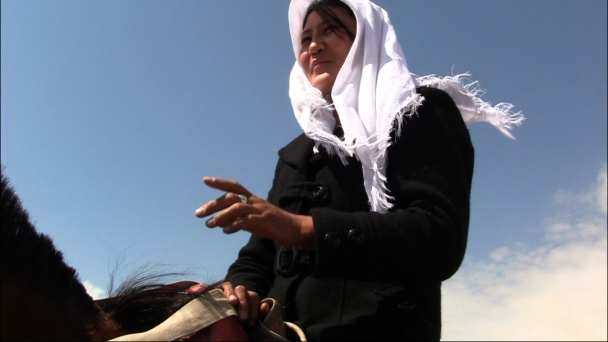